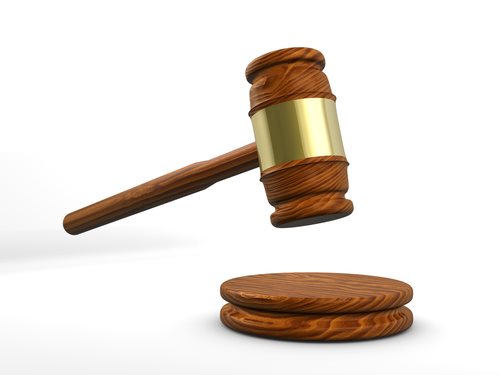 What is an Adjudicator?

An adjudicator is someone, typically of rank or a legal professional, who presides, arbitrates and ultimately judges over a formal dispute. As a term, adjudicator in essence, means to “judge”, without invoking the legal term.

An example of an adjudicator is an individual who offers a preliminary ruling or judgment to resolve a legal dispute. The majority of adjudicators will work on non-violent or civil claims to resolve matters such as unemployment insurance claims or monetary squabbles between public bodies and individual citizens.

An adjudicator will make an initial ruling to resolve these sorts of matters to keep the case from further entering the court system. The adjudication process is therefore recommended for a number of civil disputes, because the legal process is less costly and far more streamlined than other judicial forms, such as a trial by jury.

Although an adjudicator’s judgment does not hold the same legal weight as a judge or jury presiding in a traditional legal venue, the decision is still rendered like a judge and does hold a legally binding resolution. Furthermore, all cases heard and decided by an adjudicator may be appealed to a judge in a higher court setting. That being said, an adjudicator’s decision is typically accepted as the same as what a traditional judge would offer—this characteristic prevents many time-consuming legal matters from creating a log-jam in the court system.

An adjudicator is also a term used to describe a panel of judges who are grouped together during the process of negotiating or receiving a Top Secret/SCI clearance for the United States government. In this format, an adjudicator will serve on a panel to review all of the information from a background investigation and polygraph tests to render a decision regarding the approval or rejection of government clearance.

What does the Adjudication Process Entail?

Adjudication refers to the formal legal process by which an adjudicator reviews evidence and testimonies (including legal reasoning offered by litigants or opposing parties) to come to a decision. This decision ultimately determines the distribution of rights and obligations for the parties involved in the legal dispute. Adjudication is distinct from other justice-seeking or evidence-based resolution formats; in particular, the process is only used to solve the following types of disputes:

Adjudication occurs when a natural person, typically someone empowered by an agency to formalize a binding decision, is given the task of examining evidence or facts to render a legally-acceptable and affirmed judgment. As a result of this process and the broad definition attached, adjudication may refer to a casual form of judging, such as in athletic competitions, where a body of judges adjudicate and awards scores to the competitors; or adjudication may  occur in business, where a qualified judge is called to examine the facts to resolve a dispute between two parties.

Adjudication, in the majority of cases, is binding and does not require the inclusion of a jury to render a decision in a civil trial. In the adjudication process, a judge will render a decision regarding the case only after all the evidence has been presented to the presiding body. This legal process is preferred by a number of institutions and individuals in the midst of a legal battle because is typically less expensive than a trial case and is far more expedient.