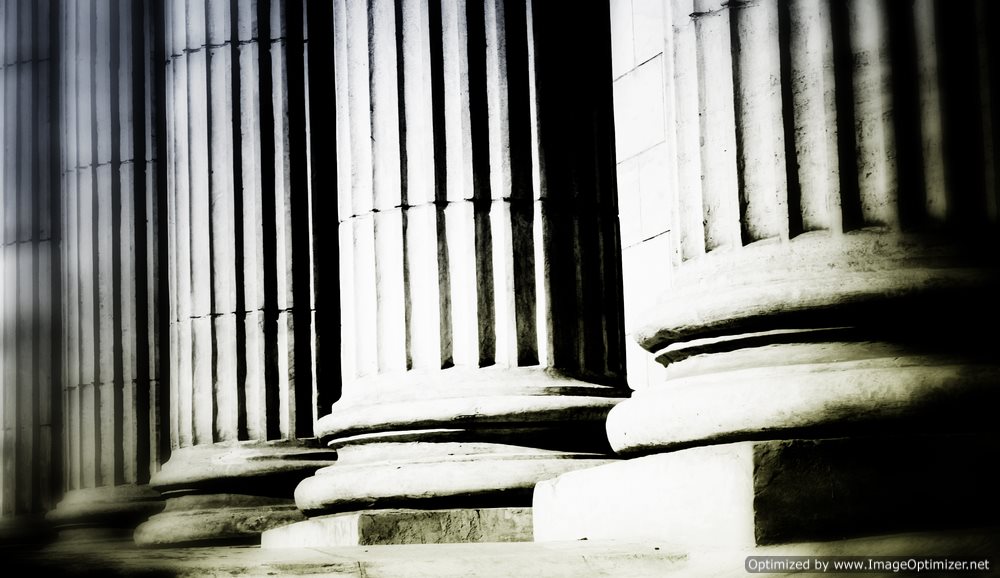 Public law is a branch of law that governs the relationships between individual citizens, as well as various entities and the state (i.e. governing bodies) where they reside. In essence, public law is the framework that exists between citizens of a state and their respective governing body. Public law establishes rules and regulations that affect how citizens function in their everyday lives and establishes (and subsequently regulates) the powers of a public or governing body (administrative law). Under this field of law exists the following sub-divisions: administrative law, criminal law and constitutional law.  Although these sub-divisions are a part of the broader field of public law, the general premise is at odds with the concept of constitutional law, which states that all laws should be specifically enabled and thereby sub-divisions of the United States Constitution.

As a general thought, private law is the field of law in a society that affects the relationship between citizens or groups without the inclusion of a governing body or the state. In many cases, the distinction between public and private is confounded by the laws that regulate private relations while having been passed by a governing body though legislative enactment. In a variety of cases, these public statutes are known as laws of public order, for private individuals do not maintain the right to break them or circumvent them.

All public laws are codified by the United States Federal Government for organizational purposes. One of the most well-known and regarded public laws is public law 94-142. Public law 94-142 is the Individuals with disabilities education Act. This piece of legislations is a United States federal law that is responsible for governing how states and various public agencies provide early intervention, special education and other related services to children with disabilities.

Public Law 94-142 aims at addressing the educational needs of children with mental and physical disabilities (the legislation divides the disabilities into thirteen ailments or conditions) from birth to age 21. Public law 94-142 was created to assist those individuals with mental and physical impediments; before the passing of public law 94-142 the mission to help these individuals was highly fragmented and inefficient.

Public Law 94-142 is the Education for All Handicapped Children Act of 1975.  The law requires all schools receiving federal funding to provide for handicapped students by accommodating their special needs and providing them with fair and equal access to education.  The duty was placed on the school to draft and execute an educational plan for the special needs student that provides a “normal” learning environment as close as possible to one provided for a regular student.  Public Law 94-142 has since been revised and renamed the Individuals with Disabilities Education Act (1990).
What are the provisions of Public Law 94-142?
A child may not be excluded on the basis of disability by his or her school district.  The school district is required to provide special services for the handicapped child and provide a learning environment as similar to that of regular children as possible.  This does not mean that the child must be placed in the same classroom as other students and there may be special schools and classes that can better accommodate their needs.  Handicapped students are entitled to one free meal a day at school.
It is the responsibility of the school to screen for and identify potential special needs students and anticipate their needs accordingly.  Special needs programs must have adequate materials for the students and specialized teachers that are equipped to deal with their needs.
What is the role of the school if they notice a potential handicap in a child?
As mentioned earlier, schools are required to screen for potential disabilities including speech disorders and learning disabilities.  If school officials notice a potential problem, they will alert the parents of the need for an evaluation.  The evaluation process must be presented in writing, in their native language and approved by the parents.  Depending on the state, a team of professionals involving social workers, psychologists and teachers will collaborate on an evaluation.  One constant will be the presence of the parents who are required by law to be allowed in the process.
Evaluations will entail observation the child in the classroom as well as aptitude tests to pinpoint intellectual and developmental deficiencies.  Once a potential handicap has been found, some members of the evaluation team and district officials will proceed to develop an educational plan to help deal with the student’s deficiencies.  The plan may have the child moved to a special school or may have the child remain in the school with the help of a school specialist.  The framers of the educational plan must meet to review the plan once a year and the child’s progress is evaluated every three years to measure progress and track needs.
What role do parents play?
Parents play a very important role in the application of Public Law 94-142.  The aforementioned curriculum is designed with their input and the law provides an appeal process that the parents can use to challenge the school’s administrative decisions affecting their child’s education.  Previous legislation allowed parents to seek direct judicial review of the administration decisions, which led to the establishment of an alternate dispute resolution option to prevent burdening the judicial system.  Public Law 94-142 recognizes that parents understand the needs of their child best and can work in conjunction with specialists and school officials to determine the most appropriate course of action.
Where is the legal precedent for Public Law 94-142?
The Equal Protection Clause of the Fourteenth Amendment was established to fight discriminatory “Black Codes” after the civil war that denied African Americans several rights and enforced harsher penalties for crimes.  The Equal Protection Clause states that no person should be denied equal protection of the law, which in this case is a person’s right to free public education.  The law cannot expressly exclude persons from benefits enjoyed by all others nor can it ignore the needs of others.  Before the establishment of Public Law 94-142, there were laws that expressly forbade children that were deaf, blind, emotionally disturbed or mentally retarded from attending school.  This excluded approximately one million children from public education and constituted a violation of the 14th amendment.
Handicapped students became a protected class which motivated the passage of this and other bills to protect their welfare and ban discrimination against them.  These laws make provisions for reasonable accommodations and accessibility of facilities.  Laws such as these also struck down unequal institutions for the handicapped that provided functionally little or no benefit to the students and unequal treatment on the basis of handicap.
What is the legacy of Public Law 94-142?
The public’s understand of people with disabilities and handicaps has grown significantly since the establishment of Public Law 94-142 with more and more efforts to prepare children with disabilities to deal with challenges in their adult life.  Prior to this law, these children would have been written off and poorly adjusted to society, while being thoroughly unable to care for themselves without significant help.   By incorporating parents and mental health professionals into the evaluation process, the child has a better chance of having his or her needs met and equal treatment as a typical student.  The parent’s right to challenge the administration’s decisions on their child’s future is also important as it prevents negligence and fosters accountability on the part of the school.
The 1990 Individuals with Disabilities Education Act (IDEA) grew from the legacy of Public Law 94-142 and expanded provisions for special discipline of children with behavioral problems caused by the child’s disability and increased benefits to developmentally delayed children between the ages of 3 and 9.
Criticism by schools of Public Law 94-142 and related laws as unfunded mandates were partially allayed by an allocation of 12.2 billion dollars in the American Recovery and Reinvestment Act of 2009.