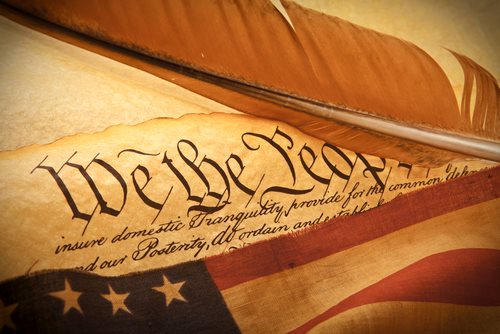 What is Constitutional Law?

Constitutional law is a type of public law that revolves solely around the distribution and exercise of government power. In the United States, the constitution is in essence, the framework for which all laws are established and to specify the separation of powers between the three branches (judicial, legislative and executive) of the federal government.

That being said, not all nation states possess a codified constitution. Those that do not; however, will typically utilize some form of law of the land, that may consist of a number of consensual rules. These may include international rules on train, the separation of church and state, laws governing governmental powers, various statutory laws, customary law conventions, judge-made laws and an assortment of other frameworks.

Constitutional law may be considered second order in regards to rulemaking concerning executive powers; in general, this particular field of law governs the relationships between the legislature, the judiciary and the executive bodies of the United States Federal Government. In addition to defining to such powers, constitutional law implements regulations and a code of ethics of sorts, regarding how these bodies function with society and other governing bodies.
One of the primary tasks of all constitutions, within the scope of constitutional law, is to indicate hierarchies and establish balances of power. By doing so, the framework utilizes constitutional law to enforce regulations as to ensure that acts of tyranny or injustice are not placed on members of the state or its people. When a constitution establishes a federal state, the framework will identify numerous levels of government to coexist with exclusive or shared areas of jurisdiction regarding the application and enforcement of lawmaking.

Constitutional Law in the Courts

In addition to the balance of governmental bodies and the flow of power, constitutional law focuses on the achievement and delivery of civil liberties or human rights. The majority of developed jurisdictions, such as the United States and France, possess a codified constitution, with a bill of rights. These amendments or parts of the constitution are intended to ensure basic social, economic and political standards that a governing body or state is obliged to provide its citizens with.

The majority of legal cases that revolve around constitutional law are brought upon by citizens who feel as though their constitutional rights were infringed or severed in some way. Some of these cases–primarily those that reach the Supreme Court–are widely publicized for their subject matter and their ability to evaluate and ultimately amend the United States’ Constitution.

When a constitutional law case arises an individual or defending party is claiming, in essence, that a governing body or public agency failed to deliver or uphold the framework of the land. Furthermore, these cases can arise when a governing body or individual questions the true intentions of our founding fathers; a number of amendments and statements within the constitution are still debated, in regards to their true intention, to this day.