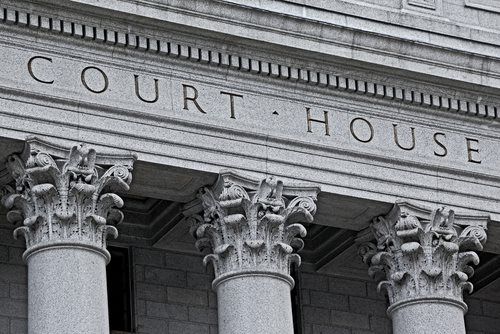 What is the Administrative Procedure Act?

Background of the Administrative Procedure Act:

In 1933, President Franklin Roosevelt, to spark the fallen economy and further organize the governing state, enacted several statutes that created new federal agencies as a significant part of the New Deal. Shortly after the development of such agencies, however, Congress grew concerned about the expanding powers that such agencies possessed; this concern ultimately resulted in the enactment of the Administrative Procedure Act. When created, the act was designed to regulate and standardize federal agency procedures.

Government agencies, whether funded and operating under a federal department or independent, are all unique governmental bodies, capable of exercising authority similar to all three branches of the United States federal government.

That being said, an individual agency will typically possess only the power of the branch that it operates under or that set it up; this balance of authority was instituted by the Separation of Power Doctrine, which dictates that all three powers of the federal government should not be vested in one branch. When recognized by President Roosevelt in the midst of the Great Depression, the creation and function of federal agencies may cause separation of powers issues according to the framework of the United States Constitution.

To provide a safeguard, the Administrative Procedure Act created a framework for regulating agencies and their various roles. According the legislation itself, the basic purpose of the Administrative Procedure Act is the following: 1.) require agencies to keep the public informed concerning their organization, procedures and rules; 2.) provide for public participation in the rulemaking process; 3.) establish uniform standards for the conduct of formal rulemaking and adjudication; 4.) define the scope of judicial review.

The above provisions of the Administrative Procedure Act apply to the majority of federal government agencies and institutions. An agency, as defined by the Administrative Procedure Act, is “each authority of the Government of the United States, whether or not it is within or subject to review by another agency.” This definition does not include a number of enumerated authorities, including the President, Congress, the federal courts and governments of territories or possessions of the United States.