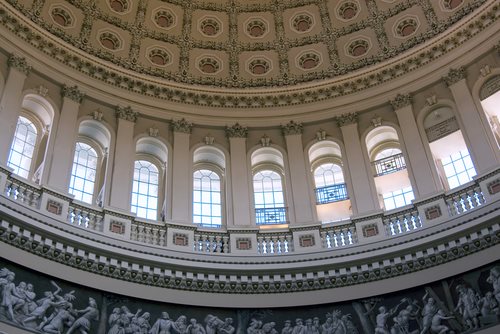 What is Rule-making in regards to Administrative Law?

In regards to the field of administrative law, rule-making refers to the process that all independent and executive agencies must adhere to in order to create or promulgate regulations. In a general sense, a legislature will first set broad policy mandates by passing various statutes. Following this process, the coordinating agencies then create a more detailed regulation through the process of rule-making.

The presence of various agencies and the detailed scientific and other types of expertise which they bear on policy, the rule-making process is regarded as the official means by which some of the more efficient and far-reaching government regulations have been created.
For instance, a series of science-based laws or regulations are critical to an assortment of government and private institutions for food safety, workplace safety and environmental protection; however, tremendous growth in the institution of regulations has fueled widespread criticism over the fact that the rule-making process ultimately reduces the accountability and transparency of a democratic system.

Lawmakers or legislatures rely on rule-making to incorporate a more detailed scientific or economic expertise to a specific policy; in general, rule making enables legislatures to narrow or weed-out broader mandates of authorizing legislation.

For instance, an average legislature will pass a law mandating the establishment of safe water standards and then assign a government or independent agency to develop a comprehensive list of poisons and contaminants to strengthen such a law. This introduction of an independent or government agency enables the infantile law to develop into an exacting science to specifically state what should be regulated in regards to safe drinking water.

What is the Purpose of Rule making?

The primary benefit of rule making revolves around the inclusion of scientific expertise into the legal process. Rule making enables agencies and their coordinating experts to be included in the decision making process; these experts are fundamental in strengthening and elucidating upon the proposed regulations.
When experts are included in the rule making process, detail is implemented; for example, legislation on automobile fuel efficiency cannot be efficiently developed if actual engine tests used to calculate city and highway mileage are not administered. More specifically, rule making adds industry expertise into the creation of laws. For example, the Clean Water Act and the United States Clean Air Act require the United States Environmental Protection Agency to unequivocally decide on the appropriate emissions based on an industry-by-industry basis.
This inclusion of a government agent not only adds expertise in regards to–human capital into the equation—but it also incorporates a vast number of resources and an industry-specific knowledge into the process.

The inclusion of professionals and resources into the lawmaking process creates a more detailed end result. More specific regulations, in turn, allow for more nuanced approaches to various conditions than a single legislative standard would carry. Moreover, these regulations tend to be amended and approved more easily as new data or technologies emerge.